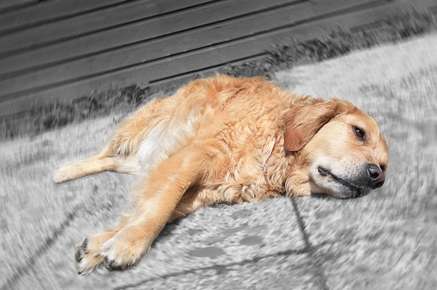 Seizures most commonly last for a few seconds to a couple minutes. Grand mal seizures cause the head to go back and the legs stiffen with rhythmic jerking. The pet is usually unconscious. Smaller partial seizures may be more difficult to recognize, but you should be suspicious of any repetitive rhythmic movements. After the seizure, the pet usually enters the post ictal phase where it is dazed, lethargic, and not able to walk normally. This phase may last for minutes, hours, or days. A pet may have one seizure, and never have another, but most commonly they do recur.

Testing should be done to try to determine the cause of the seizures. Blood testing, urinalysis, and liver function tests are commonly done. An MRI of the brain or a spinal tap may also be needed.

Intravenous medication can be given by a veterinarian to stop a seizure. If the seizures become too frequent, usually any more than every four to six weeks, anti- convulsant medication can be given to try to reduce future seizures. Anti-convulsant medicine does not guarantee a pet will never have another seizure, but it tends to make the seizures shorter in duration and less frequent. Phenobarbitol is the most common anti-convulsant medicine prescribed. When a dog first starts on this medicine, it will act like it is drunk for the first week or so, until it becomes accustomed to the drug. Phenobarbitol is given twice daily, and once it is started, it is usually given for the life of the pet. 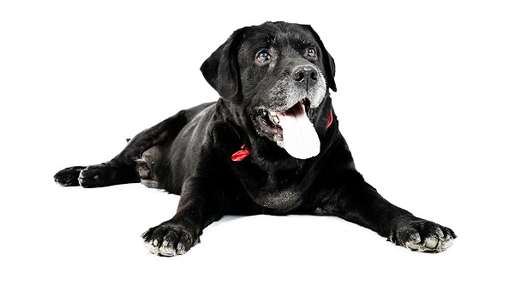 Hypothyroidism is the natural deficiency of thyroid hormone and is the most common hormone imbalance of dogs. This deficiency is produced by several different mechanisms. The most common cause (at least 95% of cases) is immune destruction of the thyroid gland. It can also be caused by natural atrophy of the gland, by dietary iodine deficiency, neoplasia (primary or metastatic) of the thyroid gland or (rarely) as a congenital problem. Hypothyroidism is most common in medium to large breeds of dogs that are middle aged (4 to 10 years) but can occur in any dog.

Hypothyroidism is extremely rare in cats and is most commonly seen in cats following bilateral thyroid removal or radioactive iodine therapy for hyperthyroidism. This is often transient and usually does not require therapy. Rarely cats can have congenital hypothyroidism.

Thyroid hormone serves as a sort of volume dial for metabolism. Since virtually every cell in the body can be affected by thyroid hormone it is not surprising that reduced levels of thyroid hormone can lead to symptoms in multiple body systems. A recent published survey of hypothyroid dogs showed the following percentages of symptoms:

88% had some kind of skin abnormality
40% had hair loss (often on the tail or on both sides of the trunk and flanks ).
22% had skin infections
14% had dry brittle coats with hair that could easily be pulled out
49% were obese
48% were described as lethargic or listless at home
36% were anemic
80% had an increase in blood cholesterol

Hypothyroidism is treated with the oral administration of thyroid hormone, usually given twice daily for the life of the dog. Periodic blood testing is recommended; it is important to know if the medication dose is too low or too high. Thyroid supplement is a safe medication but if it is not given in sufficient doses the patient will not be adequately treated. If the dose is too high excessive water consumption, weight loss, and restlessness can result. Once a pet is started on thyroid supplementation, it is recommended to check a T4 level in two to three weeks, with the blood draw between 4 to 6 hours after the morning dose.Once the correct dose is found, it is recommended to perform a T4 every six to twelve months.

This is a very common disease of the middle aged to older cat. A tumor (97% are benign) on the thyroid gland starts producing too much thyroid hormone. Symptoms are usually weight loss in spite of eating well and vomiting. Other signs you might see are diarrhea, a dull and flaky hair coat, and personality changes. This disease usually can be easily diagnosed with a blood test, although occasionally we need a special test called a technesium scan to diagnose the early, borderline cases.

There are three basic methods of treatment: radioactive iodine, surgery, or an oral medication called methimazole (Tapazole). For most cats, the best treatment is radioactive iodine. In 97% of the cases, it is a one-time treatment. The biggest disadvantage is that the treatment needs to be done at a special facility, and the cat needs to be hospitalized for usually 5 to 10 days. In the past, surgery was a common treatment, but it is performed less frequently as the problem seems to recur on the other gland. Treating with Tapazole is also common, but has the disadvantage that it is life long and the cat needs blood tests to monitor the thyroid level and to check for adverse effects.

The disease of hyperthyroidism can actually help the kidneys. If the cat has both kidney disease and hyperthyroidism, it is not a candidate for radioactive iodine and the dose of Tapazole may need to be adjusted. Kidney tests are also monitored when a cat is being treated for hyperthyroidism.